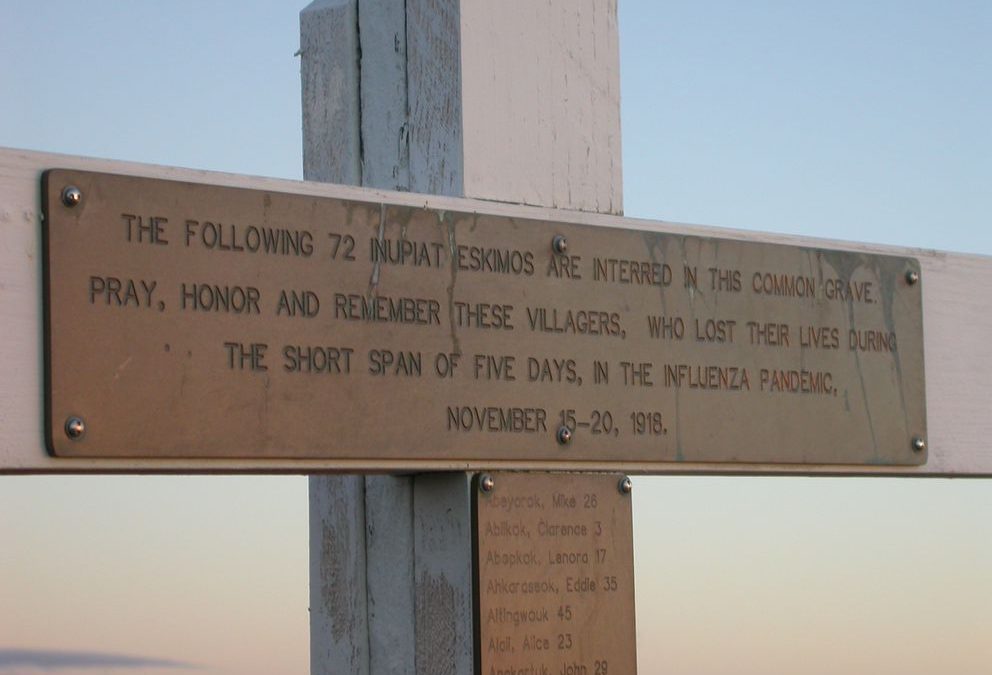 During the second evening of complete lockdown in my apartment in Dorchester, Dorset, due to the Covid-19 pandemic, I chose to watch a documentary on Amazon Prime called Influenza of 1918.

I had heard of a term in literature ‘the grippe’ which is an old fashioned word used for describing the flu and was interested to find out more about the Spanish flu H1N1 pandemic of 1918 that seemed to be relatable to what is happening in the world today. Last week I had updated one of the Social Embers memorials with details of a book that had been presented to Beatrice May Wilkins for perfect school attendance in 1918. I imagine information about this pandemic was not circulated as much as it is today, but nevertheless the fear of an incurable illness sweeping its way around the world would have been accompanied by the same anxieties.

The American documentary produced in 2016 explains how the measures being taken to prevent the spread of infection in 2020 are the same as they were in 2018. Isolating families, social distancing and handwashing were all discussed. These preventative measures, however, did not stop the pandemic from infecting 500 million people and becoming one of the deadliest human disasters in history.

Featured in the documentary is a Swedish pathologist Johan Hultin. Hultin immigrated to the US and attempted to isolate the virus that had caused the 1918 flu as part of his studies for a PhD at the University of Iowa. Johan obtained permission to unearth corpses in the Alaskan town of Brevig, where the majority of the town’s Eskimo residents had died of the virus. The bodies were buried in permafrost, and being preserved in such low temperatures, Hultin hoped to discover a live virus for identification but failed.

Hultin explains in the documentary that 50 years later in 1997 he read an article that was written by virologist Jeffery Taubenberger who was also looking for samples of the 1918 flu virus. Hultin, with his interest, refueled offered to help Taubenberger and requested a second permission to dig for corpses in Brevig. On this occasion, due to global warming, the permafrost started at a greater depth. He discovered the corpse of a woman of about thirty years old which he named Lucy. Due to Lucy being a large lady, her body fat had protected her lungs from decaying so samples that were extracted that could be studied by scientists. From these samples, it was possible to discover that the virus had originated in birds before mutating to infect humans.

Thankfully Beatrice May did not perish from Spanish flu and went on to live until the age of 89. Hultin is 96 years old and I think that we should be grateful for his persistent research, in helping to understand how viruses spread.

The image at the top of this blog post shows inscriptions on the cross that marks the grave of 72 people, who died from the Spanish flu in Brevig Mission, Alaska in 1918. (Image by Ned Rozell)