Located a few miles from the Trent and Mersey Canal in Staffordshire is the UK’s National Memorial Arboretum. The Arboretum was officially opened on 16 May 2001, but has undergone a big regeneration project more recently that has led to it becoming an award winning visitor attraction. 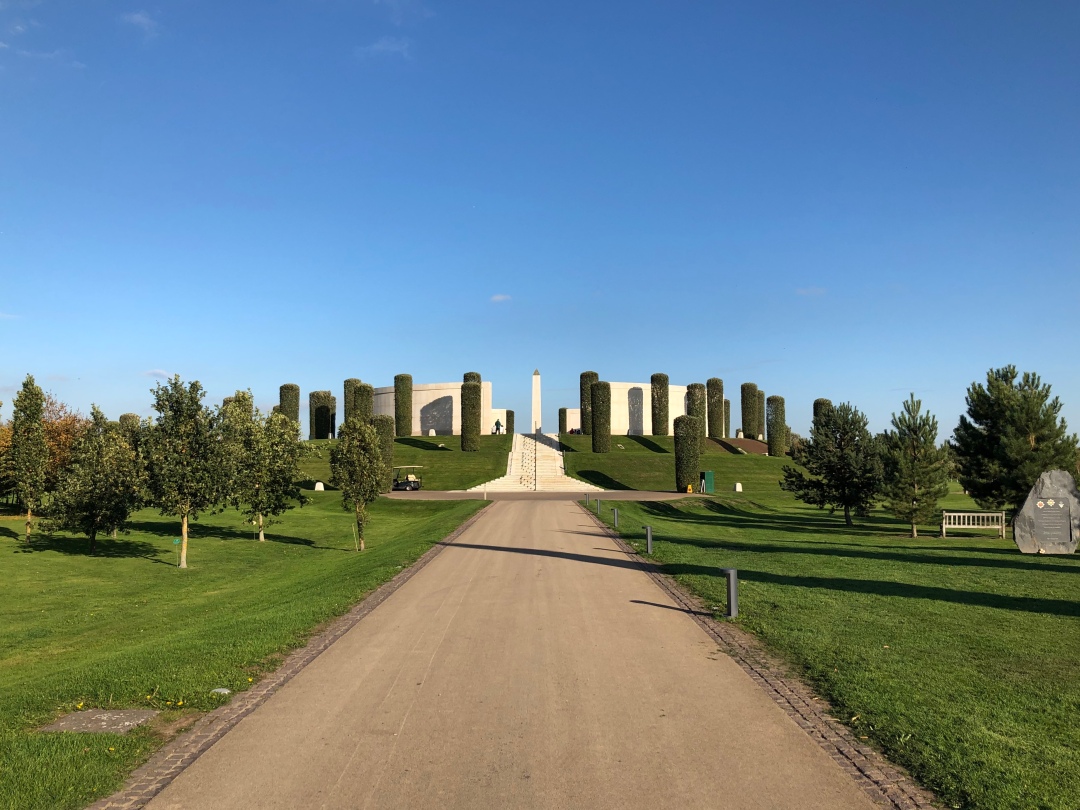 I was lucky to be passing this part of the country on a bright autumn day in late afternoon when there were relatively few visitors there. To be visiting such an important memorial space on such a sparkly day was truly uplifting.

The central memorial structure is a tribute to the UK’s Armed Forces who have been killed while in service.

The architect Liam O’Connor was responsible for the design. He has a reputation for creating exceptional memorial designs. The very moving space is created from Portland Stone, and shows the names of all who have died since the end of World War 2. There is space on the wall for new names to be added, and the engraving is updated annually.

The design of the sculpture pictured, has been cleverly built, to allow the light to cast a shaft of sunlight through the open doorway at the eleventh hour, on the eleventh day of the eleventh month.

I did not have time on this visit to explore the 150 acres of woodland and gardens, but I will be visiting this exceptional memorial space again. A listing of all of the memorials that are situated in these grounds is linked here. 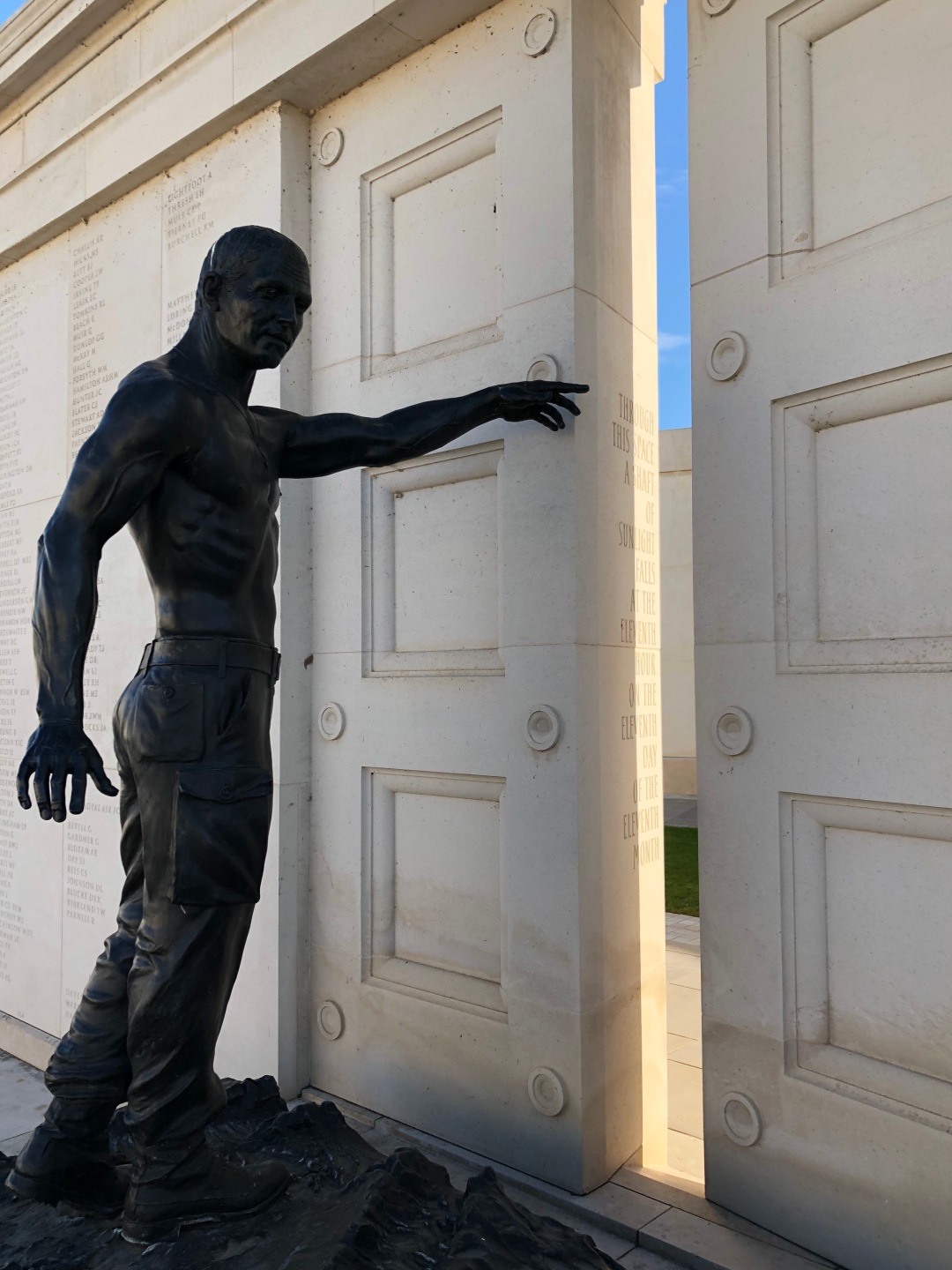