AFTR – reimagining a trip to the cemetery 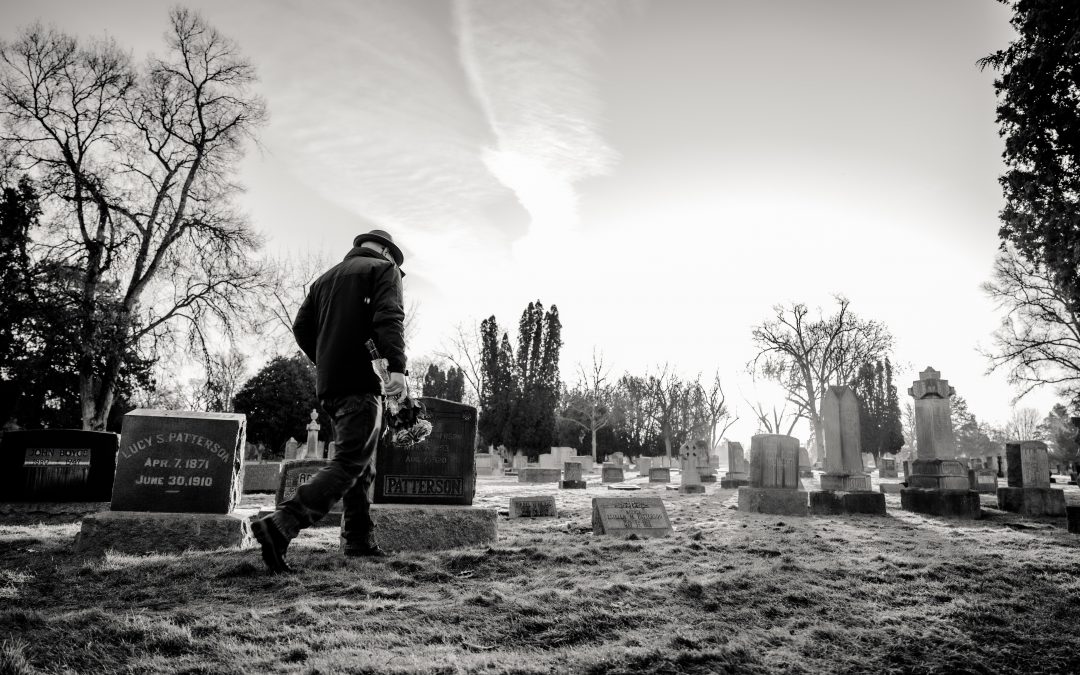 I would like to introduce you to AFTR – reimagining a trip to the cemetery. Life, Loss & Love is a global virtual community- driven festival which aims to stimulate conversation about embracing life by facing death. The current 2020 festival is a response to Covid-19. As part of this festival I was lucky enough to be able to hear the exciting idea of two gentlemen, who have developed AFTR a technology driven idea that changes the way in which you approach a physical memorial or monument. The webinar was facilitated by Gail Rubin a thanatologist, who commented how generally people are

slow to adapt to new technology which is connected to death and dying, but that Covid-19 has changed that attitude.

Jo Schechter and Omer Haim have developed a system that allows you to visit a graveyard virtually by using a small camera that is placed on the grave stone. A lot of though has gone into the development of their idea, which has come about by personal bereavements. The small solar powered camera looks a bit like a light that would hang over the top of a picture in a gallery or in a home, and has been designed to be unobtrusive. The webcam connects to an app, that provides ‘ an eternal connection’ to the gravestone. The system uses a two way audio stream, which allows the visitor to speak in addition to seeing the memorial space. This allows for prayers and words of comfort to be spoken directly to the dead person’s space in addition to an high definition video stream.

During the webinar the participants including myself, discussed potential problems that may be encountered, such as privacy, vandalism and poor mobile network coverage in remote graveyards. Schechter explained that individual cemeteries would have to work out a permissions policy that worked for them.

I agree with Gail Rubin, Covid-19 has changed the way in which many of us do things, and never has there been a time when technology has been explored by those who want to connect to one another. Just this weekend I was attending a livestream of cathedral evensong, which was being streamed using Zoom, something that I would never have considered a year ago so reimagining a virtual trip the the cemetery is not so different.