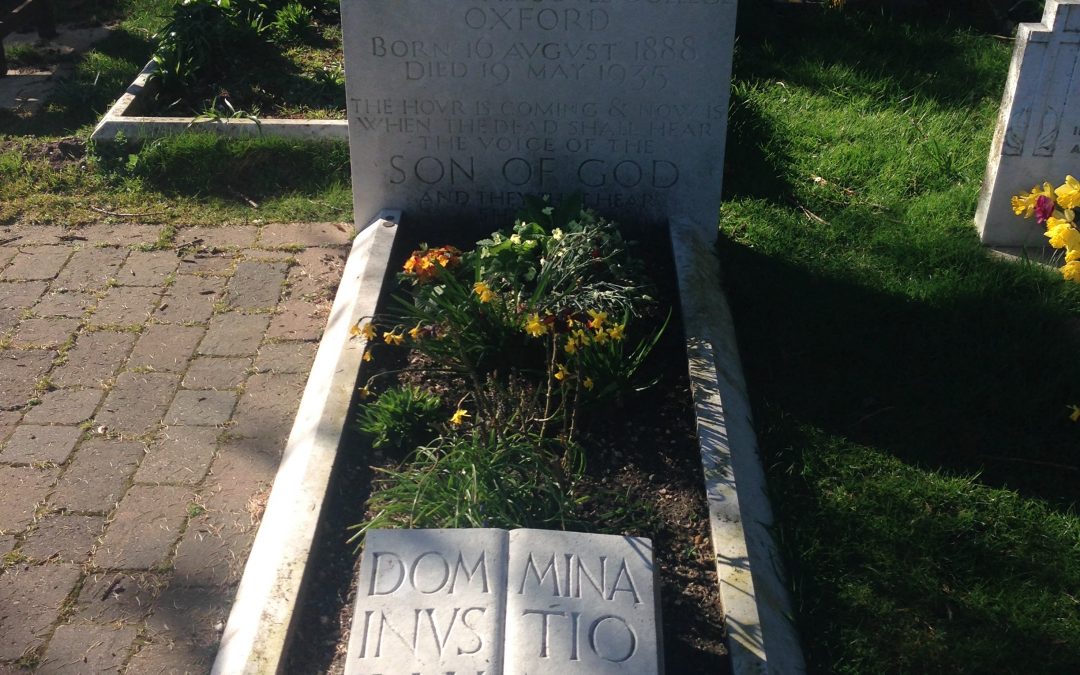 A few miles East of Dorchester in Dorset is the village of Moreton.

The Frampton Arms is next to the train station and is named after the Frampton family who built Moreton House, and for 6 centuries have been the landlords of most of the village.

I enjoyed about a 4-mile walk in and around Moreton and Clouds Hill house. Clouds Hill is owned by the National Trust and was the home of Thomas Edward Lawrence (Lawrence of Arabia.)

Mr Lawrence studied history at Oxford and after finishing at university he travelled to Levant, which was the former name of the countries that we now refer to as Syria, Lebanon and Israel. Lawrence was very interested in the history of this area and joined an expedition as an archaeologist.

He enjoyed living with the Arabs and learning about their lifestyle, customs and language. I imagine he would have continued living this life if it had not been for war breaking out in 1914. He was recruited by the British Army. His knowledge of the area and the Arab people gave him the advantage of being able to communicate with them. He worked strategically under the command of General Allenby, who was the British commander. His close links with the Arab people led to the assistance that they gave the army into the conflict against the Turks.

Lawrence continued to support the Arab people by accompanying them to sign the Treaty of Versailles when they expected to be given independence, as a reward for helping the British. This did not happen and the area was split into zones, which are still in conflict today. This outcome perhaps resulted in Lawrence feeling disillusioned. He wrote an autobiography titled ‘The Severn Pillars of Wisdom’ but some of it was never published as it was lost in his briefcase when he was changing trains at Reading Station. (So easily done and a reminder today for us to back up work that is stored on various electronic devices.)

It is no wonder that Lawrence sought the refuge of the peaceful and tranquil setting of his house at Clouds Hill in Moreton. He was obviously suffering from stress. He changed his name to conceal his identity, left the army and joined the Royal Tank Corps based at Bovington. He was later transferred to the RAF and purchased the cottage that he had been renting, from his distant relatives the Frampton family. Lawrence became friends with the author Thomas Hardy and his wife Florence who lived at Max Gate in Dorchester.

Lawrence was killed at the age of 46 in a motorcycle accident.

I found 2 different memorial stones that marked the place of the accident that killed him. The original road is not quite the same now as it was then. I think the one pictured above is probably near the actual site of the crash. It is not now visible from the road. There is a more recent one under an oak tree which was only planted in1988 by a friend and is within a stopping area next to the road.

The crash was an untimely end to the life of a man who had been responsible for diplomacy in the Middle East. He was travelling at speed on his motorbike and swerved to avoid two young lads, who appeared suddenly. There are several conspiracy theories about his death being made to look like an accident, but nothing was proven.

I could relate to that as part of my circular walk took me next to the roadside to get back to my car. There were lots of motorbikes taking the same route, and they were certainly not sticking to the speed limit, or riding particularly safely.  I visited his grave which is in Moreton churchyard. Lawrence’s funeral was attended by many dignitaries including Winston Churchill. Extra trains had to run to bring people to the small village.

There is a memorial to Lawrence in St Martins church in Wareham, another village close to Dorchester. This is Dorset’s oldest church.

The carved effigy was planned for St Paul’s Cathedral but caused controversy as Lawrence was depicted in Arab clothing. Neither Westminster Abbey or Salisbury Cathedral accepted it for the same reason. How sad for the clothing that he chose to wear, being responsible for this decision, but the result of which is a rather fine memorial, that now exists in a small church in a village in Dorset. 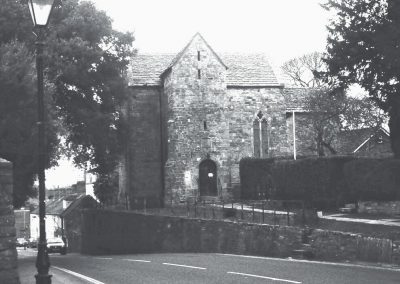 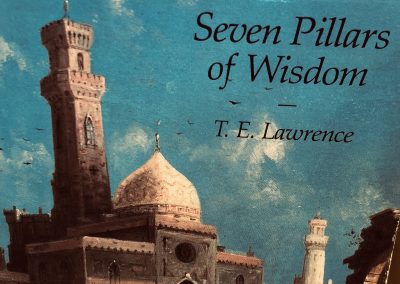 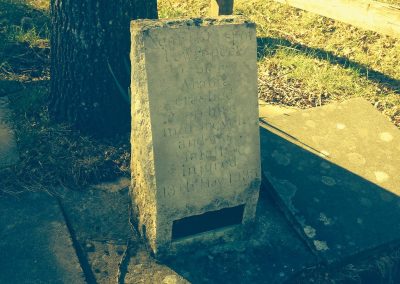 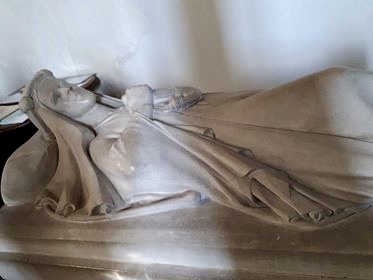 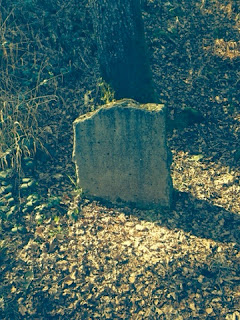 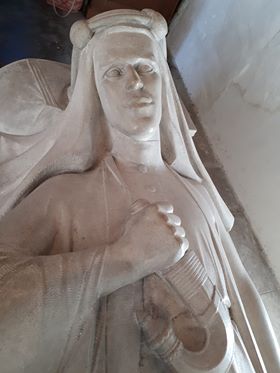 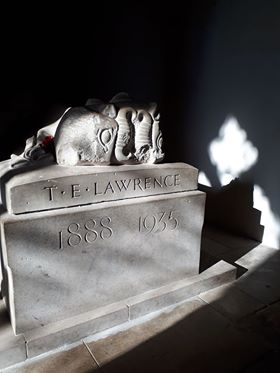