I know how much you enjoyed my blog post about death-related emoji’s as I received so much feedback about it. I wonder how many of you have a Bitmoji account? For those who are not familiar with Bitmoji, it is a very clever avatar, that you can create which looks like you, in digital form. It can then be used to represent yourself on several different mobile messaging apps. It was originally created by a Canadian company called Bitstrips, but when taken over by Snap Inc, it then became so popular that it changed to Bitmoji.

So this little avatar can express greetings to others, such as happy birthday wishes and congratulations, and there are very many different selections that you can make within the app. As we are communicating more by text and animation rather than by voice, I was interested to see how Bitmoji had considered communication around the topic of death. I am not surprised, however, when I typed into the search field the words: death, dying, funeral, cremation, that the search did not come up with any suggestions, proving that we are just as unlikely to talk about death in our digital lives as we are in our real lives. I did come up with a few though. My avatar is wearing sunglasses due to the recent heatwave we have been experiencing in the UK. Here is what Bitmoji did offer me:

Do you think this stands for Happy Birthday or something else? 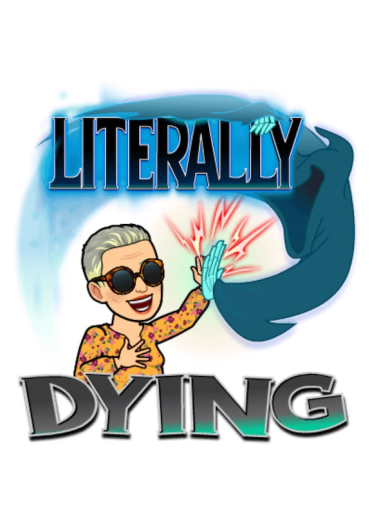 I have heard this said, but I don’t think the people saying it really means they are actually dying 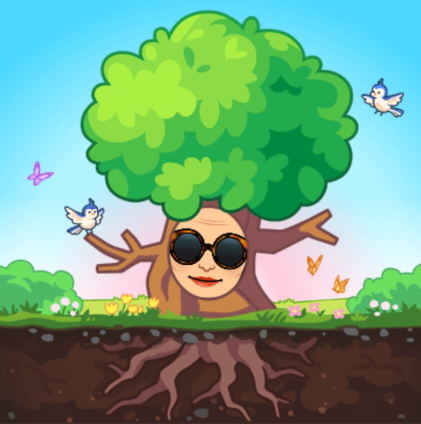 This my favourite, which could be used to represent green burial wishes.

There really is not many that I could find that offered sincere condolences around the topic of death though. Perhaps you know of some, or think that this kind of pictorial expression is inappropriate. Do let me know your thoughts.