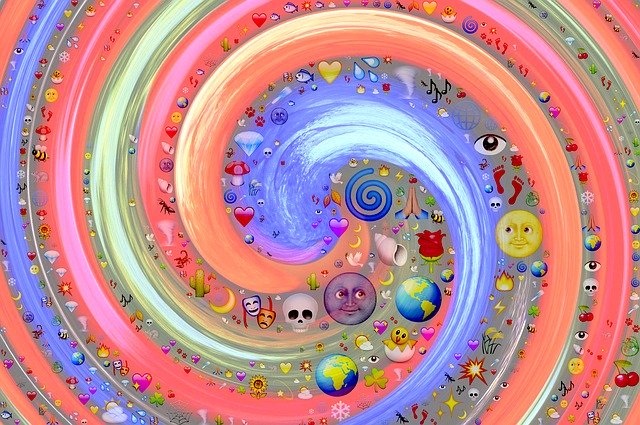 Emoji icons are something that have become very popular in communication used on social media posts, so I decided that I would have a look to see which ones were related to death. When I made the emoji list there were more than I expected!

I have consulted emojipedia.org who run @botmoji on Twitter. You can tweet any emoji to them and you will get a reply that explains what the picture means if you are not sure!

Here is the Social Embers guide to DEATH BY EMOJI  which is meant to be a light-hearted look at the symbols that may appear on social media, much like the abbreviation RIP has become widely used.

I have been told that this type of communication seems insensitive, and I would agree that there are many many beautiful words that can be used for bereavement, however, our society now uses abbreviations and emojis whether we like it or not.

The following descriptions have been copied from the emojipedia.org website:

💀 A human skull. Also known as the death emoji.

🖤 A heart shaded completely black. May be used to express morbidity, sorrow, or a form of dark humor.

💔 A love heart, broken in two. This emoji represents the aching one feels when they are missing the person they love.

🕯Candle – A candle burning with a red-orange-yellow flame. Some versions of this emoji display wax dripping down the side of the candle.

⚰ Coffin – A wooden coffin, used to store the body of a deceased person. Also known as the casket emoji.

😢  Crying Face – A sad face with a single tear running from one eye, down the cheek. Hurt and upset, but not crying hysterically.

🕊 Dove – A dove, carrying an olive branch, as a symbol of peace.

🍂 Fallen Leaf – A fallen leaf (or leaves), as would be seen in the season of fall or autumn.

🙏 Folded Hands- Two hands placed firmly together, meaning please or thank you in Japanese culture. Other common uses for this character include prayer/praying hands, or a high five.

👣 Footprints – Two human footsteps,  showing the outline of both feet, including all five toes.

⚱ Funeral Urn – An urn used for the storage of ashes after cremation.

😭Loudly Crying Face – A sad face with tears streaming down both cheeks. This face is distraught and inconsolable.

🕌 Mosque – A mosque building, a place of worship for followers of Islam Shown with a domed roof and a minaret.

🕉 Om – A symbol often used in relation to the Indian religions of Hinduism, Buddhism, Sikhism and Jainism.

🛐 Place of Worship  A building used for worship by people of any faith or religion. Examples include a church, mosque, or synagogue . A person is shown on their knees praying, in this symbol.

🎗 Reminder Ribbon – An awareness ribbon worn to show support of a cause or group.

Well that is all I could come up with, but perhaps you have some more suggestions for me?