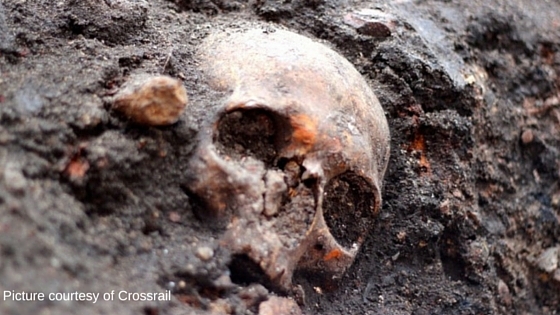 Over the past few years there have been many stories in the press about the movement of human remains, due to town and city redevelopment plans. As our population increases and society becomes more diverse, we need to think differently about how we want to memorialise our deceased.

A company who were planning to redevelop a disused prison in Dorchester, Dorset had to consider the best course of action after discovering the remains, of what is thought to be the body of the last woman to be executed in Dorset, Martha Brown. Her’s and others’ remains were buried on consecrated ground.

One of the options that was considered was to move the remains from the burial ground and re-inter them at a different location, but permission for this must be granted by the Church of England.

Residents of Southwark, London campaigned to save a local woodland area, that had been designated for more burial space which is needed due to the borough’s grave space crisis.

Before the construction of the new Crossrail Liverpool Street station could commence in London, archeologists had to remove 3,000 – 4,000 skeletons from the Bedlam burial ground that was in use from 1569-1738. The victims of the ‘Black Death’ have been lifted from the site and tested by osteologists (bone specialists) before being reburied in a consecrated burial ground.

In San Francisco’s Richmond District workers on a residential redevelopment unearthed a small casket containing the body of a perfectly preserved child. The homeowner had the dilemma of what to do with it, and re-burial was not only their responsibility but was only possible with a death certificate. The child died 145 years previously, so the owner would not have any of these documents.

As immigration to the UK has increased, this has resulted in many families requesting burial for their relatives rather than cremation, due to the fact that different faiths have various rituals. Many councils are having to expand their cemeteries to allow for graves to face Mecca; for example, in the instance of Islamic burials, as well as allowing the burial to go ahead within 24 hours of death, to respect the faith of the individuals.

As society changes, then so do the ways in which we memorialise our deceased. Technology is changing death as much as it is life. Many crematoriums have the facility to offer live stream funerals, and 3D printers are being used to create urns for ashes in many different forms. Digital memorials are becoming much more common and widely accepted as a suitable place to remember a loved one.

Funerals will continue to be diverse in the UK, but what happens to the body is probably one of the most fundamental considerations.

Social Embers has been founded to help people plan for what happens to a person’s digital life after death, something that neither Martha Brown’s family or those of the child buried in a casket in San Francisco had to consider.